Chirayita, a popular medicinal plant displays pleiotropic pharmacological activity. It is indigenous to India. The ethnomedicinal herb is known mostly for its bitter taste caused by the presence of different bioactive compounds that are associated with human health-welfare. The medicinal usage of Chirayita is well-documented in Indian pharmaceutical codex, the British and the American pharmacopoeias and in different traditional medicines such as Ayurveda, Unani, Siddha and other conventional medical systems.

As this bitter plant is found mostly in jungles, especially jungles of mountainous areas; the plant is known as Kirata-tikta. Because the herb bears some semblance of Neem and is found in Nepal it is also known as Neem Nepali. The plant was introduced in Europe in 1839 and has been widely used since then.

The high usage mostly of its underground tissues, illegal over destruction from its habitat, narrow geographic occurrence and inherent problems of seed viability and seed germination has resulted in drastic reduction of its population. The plant is now on the verge of extinction. Alternative approaches for propagation and conservation are urgently required to avoid the possible extinction of this species.

The increasing national and international demand for this medicinally valuable plant led to unscrupulous collection from the wild and adulteration of supplies. Swertia angustifolia Linn, Swertia pulchella Linn, Swertia decussate Linn and Swertia corymbosa Benth are less bitter and are used as adulterants. Swertia chinensis Franchet a smaller herb is a better substitute for Swertia chirayita.

Providing high-quality genetically uniform clones for sustainable use and thereby saving the genetic diversity of this species is important. In this regard, micropropagation, synthetic seed production and hairy root technology can play a significant role in holistic conservation strategy. [1], [2], [3], [4]

Fortunately according to the new International Union for Conservation of Nature and Natural resources (IUCN) criteria, Swertia chirayita has been categorized as critically endangered species. Hence the plant Swertia chirayita has been prioritized by the National Medicinal Plant Board of Government of India for conservation and cultivation in Uttranchal, emphasizing the need to develop agro-technology packages. [5], [6]

Kirayat has long been known to be a valuable medicinal plant to Ayurvedic scientists. It is mentioned by Sushruta under the name ‘Kirata-tikta’ which means the bitter plant of the ‘Kiratas’, an outcast race of mountaineers in the Himalayas. It is also popularly known as ‘Anarya-tikta’, “the bitter plant of non-Aryans”. The herb is much esteemed by Ayurvedic physiacians on account of its pleotropic pharmacological activities.
Mahomedan writers on Indian drugs have identified Kirayata (Chiretta) with ‘Kasab-ed-darira’ of Arabs and ‘Sweet flag’ (Calamus aromaticus/Acorus calamus) of Dioscorides, a Greek physician, botanist and pharmacologist.

In Europe the plant was first described by Roxburgh (also known as Rosbroch), a civil parish under the name Gentiana chirayita in 1814. In England the plant began to attract attention about the year 1829. In 1839 it was introduced into the Edinburgh Pharmacopoeia. It is now official in the British and Indian Pharmacopoeias, and is generally accepted as a valuable bitter tonic. [7]

Chirayita also known as Indian gentian is a robust annual herb. It is distributed from Uttar Pradesh, Uttarakhanda, Kashmir and Himachal Pradesh to the temperate Himalayas from the height of 4 thousand to 10 thousand feet. It is also found in Bhutan and Kosi hills. Nepal is the prime cultivator country of Chirayita. Chirayita is now cultivated in hills of Madhya Pradesh and South India. The plant prefers sandy, loamy as well as clay soils especially along the streams or marshlands. The plant thrives and flourishes well in neutral, acidic as well as alkaline soils. The plant can grow well in shade or somewhat woodland conditions and needs humid or damp soil. The plant actually develops best in areas where summers are cool. It is a hardy plant as it can withstand temperatures as low as       -150 C and up to 100 C. The plants bloom between September and October when the soil contains plenty of humus. [18], [19]
Plant Morphology
Macroscopic Characteristics
Plant 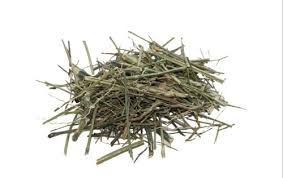 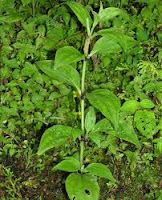 The stem is erect, robust, branching, about 2-3 feet long, orange to brown or purplish in color, cylindrical below but four angled upwards, with a prominent decurrent line at each angle, containing a large pith [22], [23] 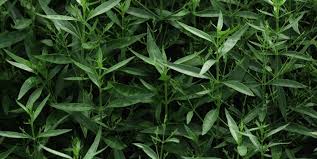 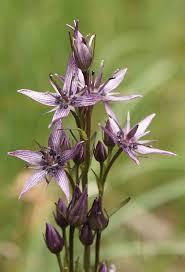 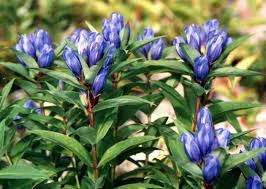 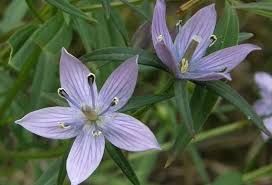 Flowers small, stalked, yellowish-green outside, purple inside, tetramerous, drooping or erect, bracteates, pedicellate, complete, bisexual, actinomorphic, hypogynous, 9.2 to 11.5 mm in diameter, 8 to 9.3 mm in length, pedicel 4.9 to 5.7 mm long.
Flower tube is twice as long as the sepal-cup, divided near the base into four ovate lance like segments

Corolla: Petals four, gamopetalous, ovate, greenish yellow tinged with purple at margines. The upper surface of the petal has a pair of green, honey secreting glands (nectaries) covered with oblong scales and ending as fringes, fringed with hairs, hairs extending up to half the length of corolla tube; petals 6.2 to 7.0 mm long and 2.7 to 3.2 mm broad. 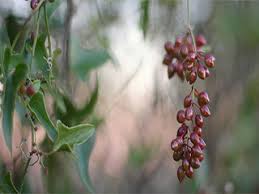 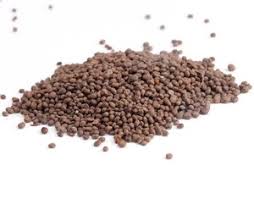 The transverse section (TS) of a young stem of Chirayita (Swertia chirata) reveals a single layered epidermis, with tangentially elongated cubical cells measuring 14-25-32 x 11-18-25 microns. The epidermis is covered externally by a striated cuticle. The epidermis does not rupture even in older stages when considerable amount of secondary growth has taken place.

At the corners of the young stem, there are four outgrowths, the ribs, measuring 182-208-260 (unit not clarified) in length. Two of them are parallel to each other. In older stem, these become less conspicuous and finally disappear towards the basal part of the stem.

The sub-epidermal collenchyma is 2 to3 layered followed by a wide zone of 8 to 10 layered parenchyma. The cells of collenchymas show angular thickenings. They measure 21-28-35 x 18-24-30 (unit not clarified) in cross section and fill almost the whole space within the ribs. The cells of the parenchyma measuring 22-30-50 x 14-20-32 (unit not clarified) are somewhat elongated tangentially with marked intercellular spaces.
In mature stems the endodermis is distinct with 2 to 3 radial walls. The pericycle is indistinct. On both sides of xylem, phloem is present. The phloem consists of phloem parenchyma, sieve tubes and companion cells. The internal phloem is more developed than the outer phloem. Between the phloem and xylem there is a thin layer of cambium. The pericycle is indistinct.

The transverse section of the rootlets show a single layered epidermis consisting of arched cells measuring 22-30-38 x 13-19-30 (unit not clarified), eight groups of xylem (octarch xylem). The parenchymatous cortex has 3 to 6 layers of thin-walled cells, the endodermis being the innermost. The endodermal cells show 2 to 4 radial walls.
During the secondary growth, the cortical cells do not rupture in as much as they divide radially and thus meet the pressure of the secondary tissue developing within. When the growth advances further, epidermal and cortical tissues rupture leaving the endodermal cells which become prominent by the possession of 3 to 4 radial walls. The pericycle is thin walled.

In early stages the xylem has abundant parenchyma with a few scattered, annular and spiral elements. In later stages the parenchymatous primary xylem is surrounded by secondary xylem composed of thick-walled tracheids, a few xylem vessels and fibers. The vessels are mostly isodiametric. The tracheids are mostly cylindrical and the fibers are thick-walled and lignified. In the root calcium oxalate crystals are absent.

In the leaf, the mesophyll is undifferentiated. The epidermis is covered by striated cuticle and is devoid of any trichome. The upper epidermis consists of a single layer of tangentially elongated cells with walls perpendicular to surface (anticlinal walls). In surface view the epidermal cells appear sinuous, measuring 38-64-95 x 38-57-75 (unit not clarified) on the upper surface and 36-52-78 x 29-47-65 (unit not clarified) on the lower surface. Stomata are present on the lower surface of the leaf only. The stomata are surrounded by three subsidiary cells of which one is smaller than the other two.
The mesophyll consists of 3 to 6 layers of loosely arranged parenchymatous cells. They are isodiametric or somewhat elongated in radial direction. The structure of the lamina is similar to that at the margin.

The regions midrib and lamina are very distinct. The epidermis consists of a single layer of cells which are cubical measuring 22-36-44 x 24-42-50 (units not clarified), covered externally by thin cuticle.
Below epidermis is a wide zone of cortex, composed of a single layer of collenchyma showing angular thickenings and a wide zone of parenchyma. The parenchymatous cells are thin-walled, isodiametric, measuring 23-36-45-57 (units not clarified) in diameter. There are marked intercellular spaces in the cortical parenchyma. The cells towards the vascular tissue are small measuring 14-19-24 (units not clarified). In the vascular region phloem surrounds central xylem.
[Note: The microscopic features of Swertia chirata and Swertia alata are similar. As Swertia alata is easily available, botanists describe the microscopic features of Swertia alata. Here I compare the microscopic features of both the species.]